The sea surface salinity record from the Northern Aegean Sea is indicative of two meltwater events at –8.4 and -7.6 kiloyears which can be directly linked to rapid declines in the establishment of Neolithic sites in southeast Europe. The meltwater events point to an increased outflow of low salinity water from the Black Sea driven by rapid sea-level rise >1.4 m following freshwater outbursts from Lake Agassiz and the final decay of the Laurentide ice sheet.

During the Holocene, the North American ice sheet collapsed, and rapid sea-level rises reconnected the Black Sea with the global ocean (Herrle et al., 2018). Rapid meltwater releases into the North Atlantic, and the associated climate change arguably slowed the pace of Neolithisation across south-eastern Europe, originally hypothesised as catastrophic flooding which fuelled culturally widespread deluge myths. However, we currently lack an independent record linking the timing of meltwater events, sea-level rise and environmental change with the timing of Neolithisation in south-eastern Europe.

This is confirmed by (Yanko et al.,2007). Who states that at the LGM, the Black Sea was a semi-fresh to brackish (but never freshwater) lake of Neoeuxinian age with a level -100m below present? At the time, it was isolated from both the Caspian Sea and the Sea of Marmara. In the warming climate of about 17 ky B.P., multiple factors (e.g., massive water discharge from the melting of the Scandinavian ice sheet, river megafloods, and permafrost melting, probably from the Caspian Sea via the Manych Spillway) increased the level of the lake to -20 m. Excess semi-fresh water from the lake spilled into the Sea of Marmara, which continued the discharge into the Mediterranean.

After about 9.8 ky B.P., the level of the Black Sea never again dropped below the -50m isobath, nor did it exhibit a maximum amplitude of fluctuation greater than about 20 m. The brackish lake was ultimately transformed into a semi-marine basin by a process that was neither rapid, nor gradual, nor catastrophic. Instead, it occurred in an oscillating manner, permitting periodic immigration of Mediterranean organisms into the Pontic basin.

The first wave of immigration occurred at about 9.5 ky B.P., a date much earlier than that proposed in the Early Holocene Flood scenario. The re-colonisation was slow at the beginning and became more pronounced by 7.2 ky B.P., finally reaching its climax between 6.0 and 2.8 ky B.P.

Most likely, the initial post-glacial connection between the Black Sea and Sea of Marmara was not through the Bosphorus Strait. An alternative route through Izmit Bay, Sapanca Lake, and the Sakarya River could have existed at the time.

During the last 10,000 years, the water level in the Black Sea rose gradually, but in an oscillating manner, occasionally rising higher but eventually attaining its present situation. Its rate of increase averaged 3 cm 100 years-1 but certainly not 15 cm day-1 (almost 55m year-1) as was postulated by the Early Holocene Flood hypothesis. A sea-level increase of 3 cm 100 years-1 would not have been noticed in the short term by people residing in coastal areas and would not have forced their dispersal into the interior of Europe (Yanko-Hombach et al.,2007).

There exist three competitive scenarios of Holocene sea-level change for the Black Sea: gradual, catastrophic (prevailing among western scientists), and ﬂuctuating (prevailing among eastern scientists; Yanko-Hombach, 2006). A great deal of evidence supports the scenario of ﬂuctuating sea level. Still, it is the hypothesis of catastrophic ﬂooding of the Black Sea published by Ryan et al. (1997) that has recently attracted the most significant attention and aroused a great deal of controversy and further research.

According to the “Flood hypothesis” (as initially stated), prior to catastrophic ﬂooding, the Black Sea existed as a large freshwater lake due to meltwater input from the surrounding landmasses during the Late Pleistocene–Holocene transition. According to this hypothesis, rising sea level during the post-Younger Dryas (11–10 ky B.P.)resulted in the eventual breaching of the sill at the Bosphorus Strait (-30 to -35 m depth) by marine waters from the Aegean and Marmara seas at -7.2 ky B.P. (-5600 BC).

The Black Sea then rapidly ﬂooded at a rate of -100 m in 2 years, raising salinity and covering much of the bottom with a jelly-like, organic carbon-rich sapropel while catastrophically submerging human habitations established on the previously exposed shelf and causing an enormous migration of the Neolithic peoples of the region into Europe and elsewhere (Ryan and Pitman,1998).

What all hypothesis agree upon is that massive discharge of water from the LGM travelled (at least 1200 kilometres) through the existing terrestrial rivers to create this most massive of floods. 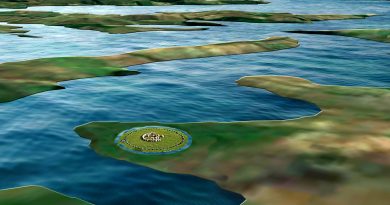 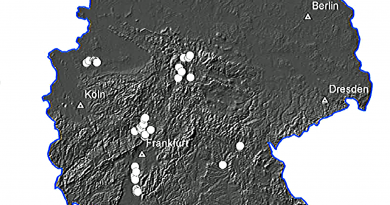